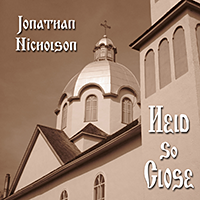 Jonathan Nicholson’s 8th album, Held So Close, features never-before released original recordings from his private collection. All 7 songs on this EP focus on the theme of family, relationships, and personal connections.

Purchase a physical CD:
…they were evenings like no other 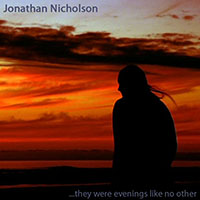 …they were evenings like no other is Jonathan Nicholson’s 7th album. It is a live album, with performances recorded in several cities, and is comprised of both older songs and previously unreleased material that Jonathan often performs. This album has become a huge hit with both fans old and new alike, and is very representative of Jonathan’s current live sound.

Listen on Spotify
Purchase a digital album:
Between These Stars 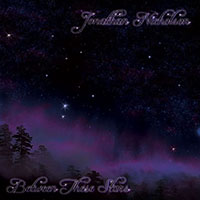 Between These Stars is the 6th album from guitarist Jonathan Nicholson. Not originally conceived as a cohesive album, it is the result of several different recording sessions over a period of 5 years. Jonathan took his favorite songs from that time period, and released them as a free, 19 song download via SoundCloud. It ended up becoming a hit with fans, with numerous downloads ranging across 27 countries. Jonathan currently performs many of these songs live, at the request of fans. 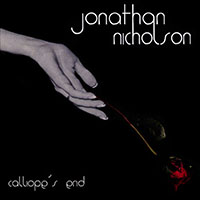 Calliope’s End, the 5th album by fingerstyle guitarist Jonathan Nicholson, this is a collection of pieces from the first three albums that have been re-written and re-recorded to reflect where he is now, and how this material has evolved over the years. 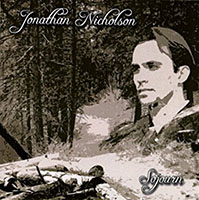 Sojourn, the 4th album by fingerstyle guitarist Jonathan Nicholson, is a unique blend of delicate, soothing melodies, subtle undertones, and an understated yet advanced technique. His signature sound is evolved further through his unique approach to harmonics and a love for exploring altered tunings, as well as his ability to draw the listener into a very personal, introspective and reflective space.

Listen on Spotify
Purchase a digital album:
You can listen to a preview of Jonathan’s album recordings below: